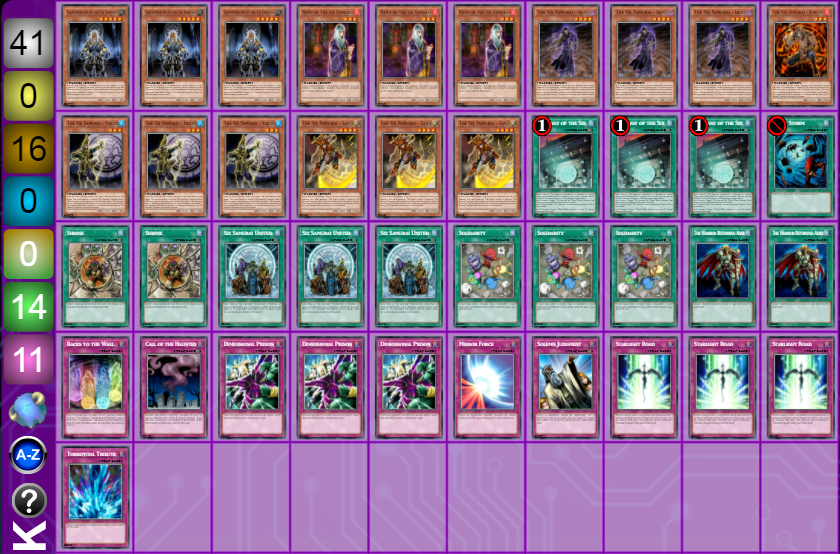 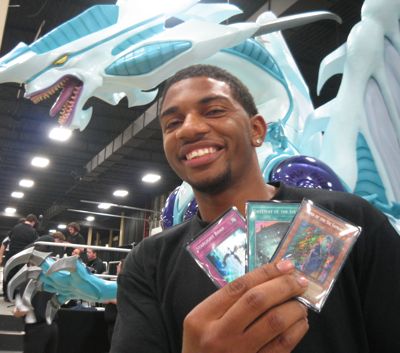 Money Smith with his Six Sams at SJC Edison

​Six Samurai are a powerful archetype of monsters which gain effects through teamwork on the field. In fact, teamwork plays a central role in this archetype’s playstyle, as The Six Samurai are capable of sacrificing themselves to protect their brothers from destruction. Their Continuous Spells accelerate their strategy through draw power and deck searching. Additionally, their long game is astounding as they possess the means of mass revival and resource recycling through numerous in-archetype cards. This band of samurai have the tools to overcome any challenge, and their ethos is one of Solidarity! Seize the tools and skills to overcome your opponent’s best laid plans!

Six Samurai’s main drawback is the dependence on maintaining two Six Samurai monsters on the board during your turn. While each successful Summon of a Six Samurai monster places 2 bushido counters on Gateway, 4 bushido counters are required in order to search for a Six Samurai monster. This strategy is therefore notably slower than that offered by Blackwings, with their Black Whirlwind. Additionally, whereas Grandmaster of the Six Samurai is the only Samurai with a built-in Special Summon, numerous Blackwing monsters have built-in Special Summons or the ability to generate resources from the grave. While Six Samurai may benefit from the use of Rivalry of the Warlords to provide an element of stun against combo decks, such a strategy offers no protection against the speed of monotype decks like Machina Gadgets or Blackwings.